Guadalmina marks the beginning of Estepona’s New Golden Mile, Marbella West. Being located a few minutes from Puerto Banus, it is one of the most sophisticated areas of the latter. But despite this proximity, the tranquillity strolling through its cosy streets is enviable. That is why it is known as the best-hidden golf and beach retreat in Marbella.

Two districts are distinguished in Guadalmina, Guadalmina Baja next to the beach and Guadalmina Alta on the Northside.

Its golf club has one of the best social lives on the Costa del Sol. It was inaugurated in 1959 and 50 years later, H.M. The King granted it the title of Royal. In this way, it was renamed Real Club de Golf Guadalmina. Currently, the Guadalmina River separates it into two courses, one in Guadalmina Baja and the other in Guadalmina Alta.

The Southside of Guadalmina consists mainly of magnificent houses a few steps from the beach, many with direct sea views. Among them, you can distinguish quite a few modern-style villas. However, we also find some classic style villas for sale in Guadalmina Baja with the aim of being renovated. Likewise, luxury apartment complexes and townhouses developments have been built.

Its streets are very safe. The community even provides cameras and 24-hour security service with guards who monitor the entire urbanisation on a regular basis.

The beach covers the entire width of the complex. And its coastline communicates with Marbella, as far as we can walk. A beautiful promenade of about an hour crossing Puerto Banus.

Contrasting with the blue of the sea is the green of the Guadalmina Sur golf course, one of the two parts that make up the Real Club de Golf Guadalmina. It was the first of these two sectors to be established and is characterized by its wide streets shaded by ancient trees. Its inauguration was an unprecedented situation that attracted a multitude of tourists from all over Europe, turning the area into a retreat for lovers of golf and good weather. In 2002 it was completely restored, so it is currently in excellent condition.

Also on the beach, a 15-minute walk from the hotel in the East direction are the Roman Baths of Las Bovedas. It is an Asset of Cultural Interest Historical Heritage of Spain declared an archaeological zone in 2007. On the right bank of the mouth of the Guadalmina River, the remains found date from the third century and are probably indicators of the presence of the Roman city of Cilniana.

From this point, if we move towards Guadalmina Alta we will locate the San Jose School. It is a private and bilingual centre that covers all stages of our Educational System, from kindergarten to high school. It is considered one of the benchmarks of Marbella and Estepona.

The upper part of Guadalmina is the area located North of the A-7 highway. It communicates with Guadalmina Baja both on foot, through an overpass, and by car. It is as silent as this one and it is also considered one of the most exclusive areas of Marbella.

Guadalmina Alta is conveniently located in proximity to all amenities. It also has a shopping centre with a wide variety of services such as supermarkets, banks, restaurants, cafes and several shops.

The Guadalmina Norte golf course is shorter and less complicated than the Guadalmina Sur golf course. It was designed by Folco Nardi, has a more undulating terrain and features more water hazards. It is known as the ”new Guadalmina golf course” since it began to function in 1972, later than the one in the southern part. In the centre of it is the Hotel Barcelo Marbella, which presents 4 stars and a sophisticated colonial style.

Generally, Guadalmina Alta features villas with large plots, but also apartments and townhouses. Some of the properties for sale at this point stand out for their potential to be renovated into modern homes. 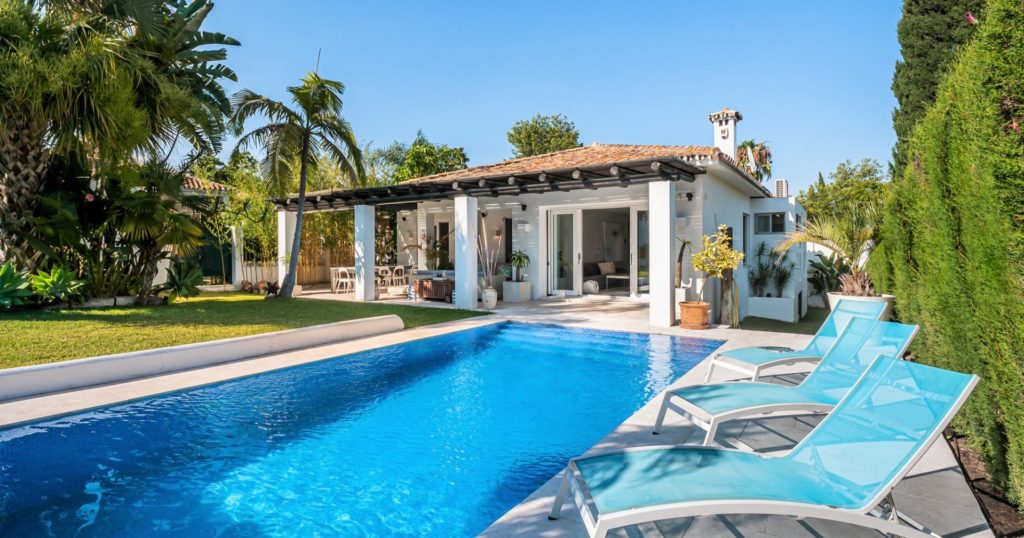 The reality is that Guadalmina has been one of the most distinguished areas of the Costa del Sol for many years. Indeed, it was one of the first districts of Marbella to be developed as an idealised area for those who dream of the sun, the beach and the golf.

Currently, their houses offer a mixture of styles. They differ from conventional designs, with warm finishes, to contemporary, with large panoramic floor-to-ceiling windows and integrated spaces. Its inhabitants stand out for their discretion and tend to focus their social life in Marbella. All the same, the density of its buildings manages to maintain a balance of peace and tranquillity in the environment.

These are factors that make the elegance and calm that characterize Guadalmina continue to be maintained and keep it as an area of ​​great reference in Marbella. At Terra Realty we have a very careful selection of properties in Guadalmina Baja, as well as homes in Guadalmina Alta. Our experienced agents will be happy to share their knowledge of the area to help you find your ideal home.

Guadalmina Villlas and Apartments for sale 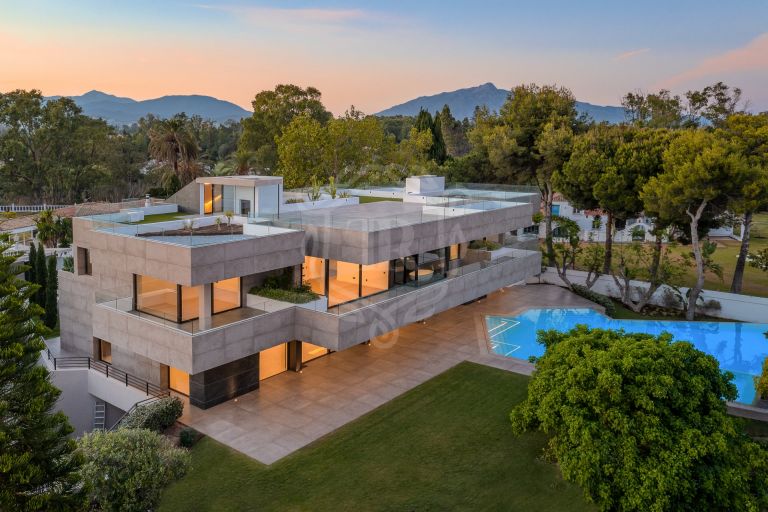 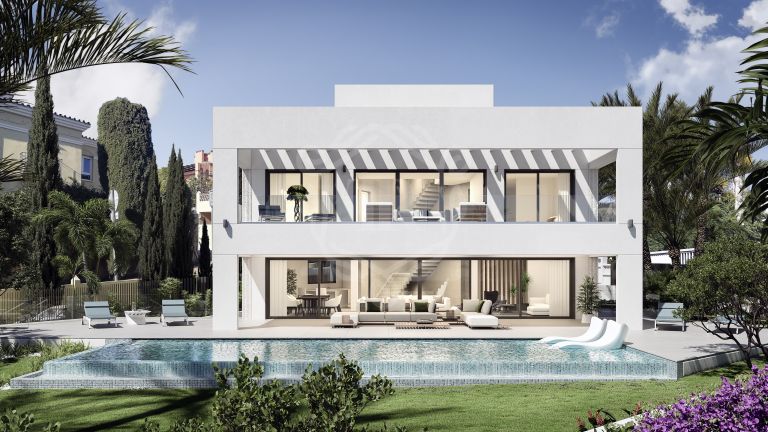 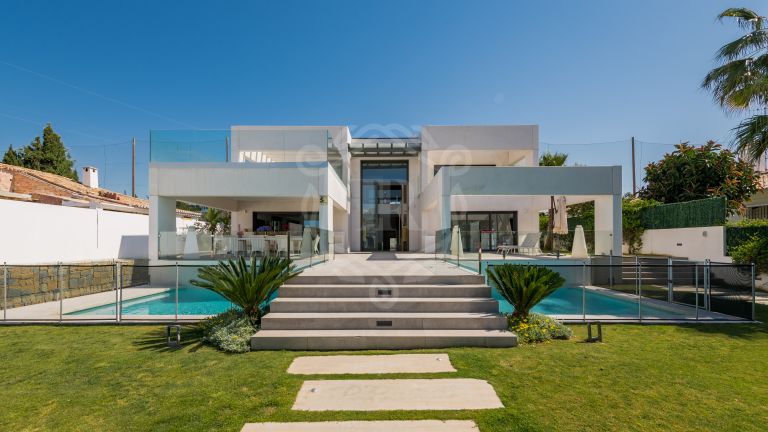 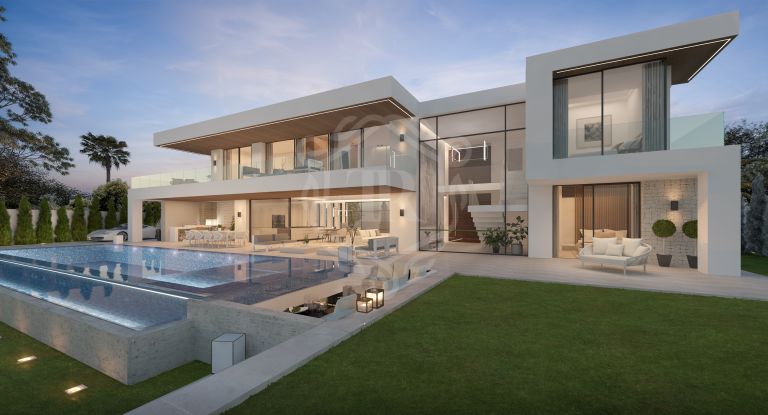 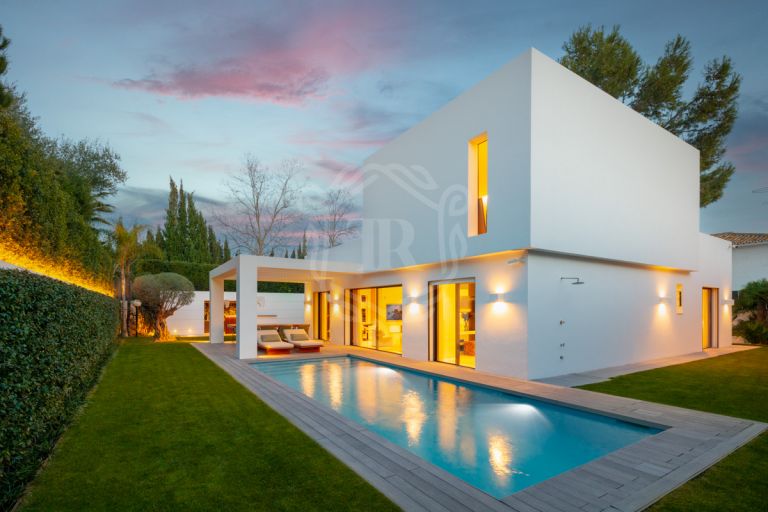